Parents may have reservations about immunizations and vaccines in general but the fact remains that childhood illnesses and their severity continue to drop sharply due to the increasing efficacy of vaccines. It is also a fact that overall childhood health outcomes have improved worldwide due to effective infant immunization schedules. Here are some general guidelines for immunizing infants as laid down by the CDC:

The first vaccine that is given to an infant at birth is the Hepatitis B (Hep B) vaccine that works to protect the infant against liver infection (jaundice), liver failure and even liver cancer. 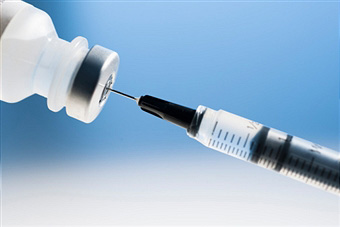 A second dose of the hepatitis B vaccine is given between one and two months of age. Additionally at 2 months of age, a baby should be immunized with the DTaP vaccine. This will protect the baby against whooping cough as well as diphtheria which can potentially cause swelling in the heart muscle, heart failure, coma, paralysis and even death if left untreated.

The Hib (Haemophilus influenzae type b) vaccine is also given at 2 months to protect the child against possible complications of meningitis which is the infection of the brain and spinal cord that could result in lung damage, mental retardation or even death.

PCV is the vaccine that protects against pneumococcus that is also given at two months. The Rotavirus (RV) vaccine protects the baby against an infection that could cause diarrhea, dehydration, vomiting and fever. The first polio vaccine dose (IPV) is also given at this age.

The infant immunization schedule at four months of age includes booster or second doses of DTaP, Hib, RV, PCV and the IPV.

Further doses of DTaP, Hib and PCV should be given up to 18 months of age. Additionally between 12 and 15 months of age the baby will receive the MMR vaccine (that protects against mumps measles and rubella) as well as the varicella vaccine (chicken pox). Before turning 2 the child should also get the Hep A (hepatitis A vaccine).