One of the most common brain disorders of childhood is ADHD or Attention Hyperactivity Disorder. Most typically characterized by difficulty in concentrating, unfocused and uncontrolled behavior, social difficulties and an inability to complete tasks, ADHD can continue through the teenage years and adulthood.

So, what causes ADHD and how do you know whether your child is suffering from ADHD? And what are the treatment options in hand just in case you happen to need it?

Genetics is the most common cause of ADHD, since this is seen to be a highly inheritable disorder. In up to 75% of children with ADHD, the cause is genetic. Certain gene combinations are seen to impact dopamine transporters, resulting in ADHD.

A deficit in executive functions (certain cognitive processes that control working memory, inhibition, attention, planning, mental flexibility etc) is thought to be another possible cause, though not everyone who has ADHD also has impairment of executive functioning.Some experts also believe that diet can impact ADHD symptoms. It is suggested that certain food colorings could be responsible for children’s hyperactive behavior. 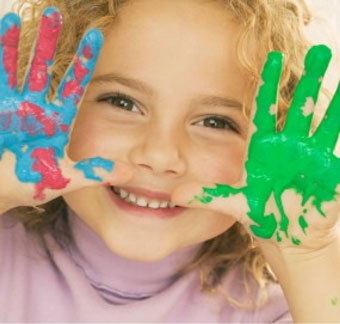 Some experts also believe that diet can impact ADHD symptoms. It is suggested that certain food colorings could be responsible for children’s hyperactive behavior.

Environmental factors may play a small, negligible role in ADHD development since it is mainly genetics that is responsible. Some studies have observed that a mother consuming alcohol during pregnancy may cause certain ADHD like symptoms in the child. Birthing difficulties, low birth weight, premature birth are other factors such as infections (most typically streptococcal bacterial infection, rubella, chicken pox, measles) during early infancy that could possibly contribute to ADHD.

Other environmental factors such as family dysfunction, emotional abuse or violence could also cause a child to display ADHD like symptoms.

Children with ADHD could display a group of symptoms relating to:

Most typically, kids with ADHD seem to be constantly moving – they seem to be unable to sit still and are constantly fidgeting and squirming. They are unable to entertain themselves for any length of time and are easily bored of any activity.

They may also talk excessively. They may also seem to listen less when being spoken to, and may frequently interrupt while others are speaking. Not performing tasks properly and leaving them incomplete is another typical trait.

Focusing and organizing is difficult for a child with ADHD, and they may have significant trouble remembering things or noting details. They may frequently lose things such as stationery, toys etc. Doing homework on time or at all may also be a problem.

Daydreaming is a problem too with ADHD kids. They also have difficulty following instructions and processing information and may become easily confused. Impatience is a characteristic trait.

It is important to understand that ADHD is not about a badly behaved or out of control child; it is a biochemical disorder. Since there is no ‘cure’ for ADHD its symptoms are typically managed using a combination of medications, psychosocial therapy and dietary modifications. The aim is to improve functioning and quality of life for the child as well as the family.

Medications: Stimulant medications may be prescribed, however care should be taken to mitigate side effects and to prevent the child developing a tolerance to the drug (by discontinuing after a short duration of use). Stimulants are not recommended for preschool children because their efficacy and safety in such cases are not fully understood. Non stimulant medications and anti depressants may also be prescribed in some cases on symptoms such as hyperactivity, impulsivity and inattention.

In some cases, family therapy and parent management training could also help. Many kids with ADHD benefit very significantly from receiving social skills training. Several outdoor activities can help control symptoms too. Parents find that joining support groups for parents with ADHD can be of great help too.

Dietary modifications: There is some evidence to suggest that making changes in a child’s diet could also help control ADHD symptoms. A child with ADHD will benefit from a healthy diet rich in veggies, fruit, whole foods, lean meat, fat dairy, nuts and healthy fats. Studies have found that certain food trigger certain types of behavior. It has been observed that cutting out additives such as food colors, preservatives and so on can help with the symptoms.

Dietary medications are a great way to manage ADHD symptoms without resorting to medications. However efficacy of dietary medications may vary significantly from one to another child with ADHD, so it is important to find out exactly what impacts an individual child’s activity levels and attention span.